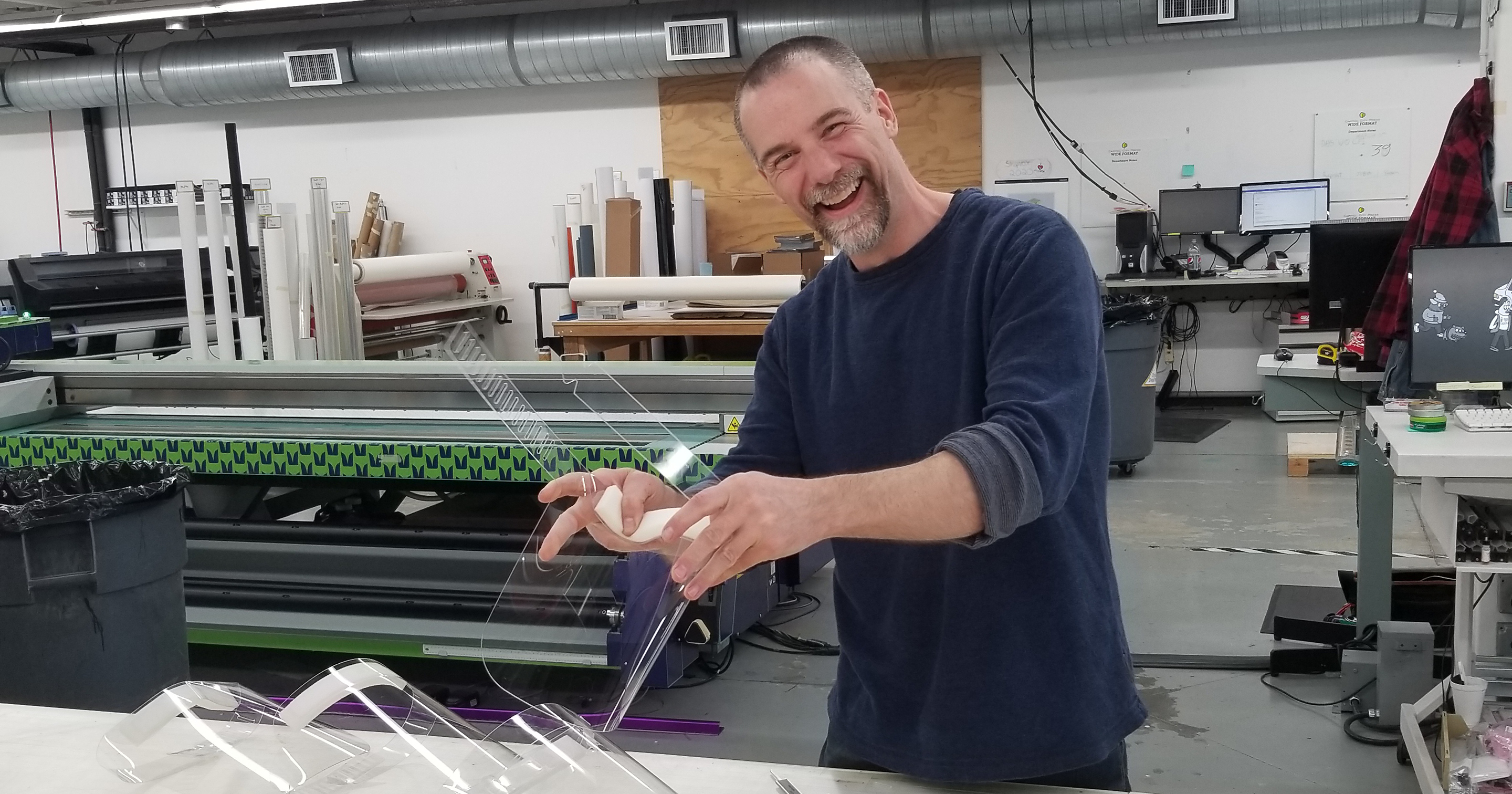 On a Sunday evening, when Ryan Murray, a Teamster at Capitol City Press, saw a message from his co-worker asking if their printing facilities could be used to help medical workers, he couldn’t have imagined that by Tuesday he would have designed and produced with his team 100 innovative emergency face shields.

Capitol City Press is an employee-owned print shop near Olympia, Washington. Like with many other industries in the face of the “stay-at-home” orders, their business dropped sharply.  Teamsters and non-represented employees came together and agreed to reduce everyone’s hours to 30hr/week, and to apply for Washington State’s SharedWork Program to try to maintain their wages.

"We'll make it through this."

With the need for protective masks on the rise, their large-format printing equipment used to produce signs out of material other than paper, was repurposed to create face shields designed by Ryan. The tricky part was that medical face shields are usually attached to an elastic headband, but that material wasn’t one that their equipment could work with.

Ryan, who formerly worked as a design engineer, took the challenge head on. “Great design comes from great necessity,” he quoted. “I thought about it all night. My constraints were the time and minimal amount of material, but I’m pretty proud of what we came up with.”

In the end, the face shields were cut out of food-grade clear plastic into one whole piece that secured around the head. The demand of these new shields was almost instantaneous, and in a week and a half, 3000 were made and distributed.

They mostly went to medical facilities and grocery stores, but they were also purchased privately to be donated to nurses. The feedback the team at Capitol City Press received was wonderful, so the design was improved and sent for FDA approval.

The shop is now poised to produce another 3000 shields in a similarly tight timeline, yet the work has ramped up back to 40hr/week.

“We are an employee-owned shop, and as worker-owners we have a stake in the success of this place. With our union contract, we have access to good vacation and sick leave benefits that folks have been using to weather this crisis. So far we have done really well,” said Mike Martens, a shop steward of 14 years throughout which he has worn many hats at the press shop.

As Teamsters at Capitol City are coming together to lift each other and serve their community in a global pandemic, they are hopeful. “We’ll make it through this,” concludes Ryan Murray.