In January, I had the incredible honor of being sworn in as Secretary-Treasurer of Teamsters Local 117 to continue to serve the membership of our great Union for the next three years. 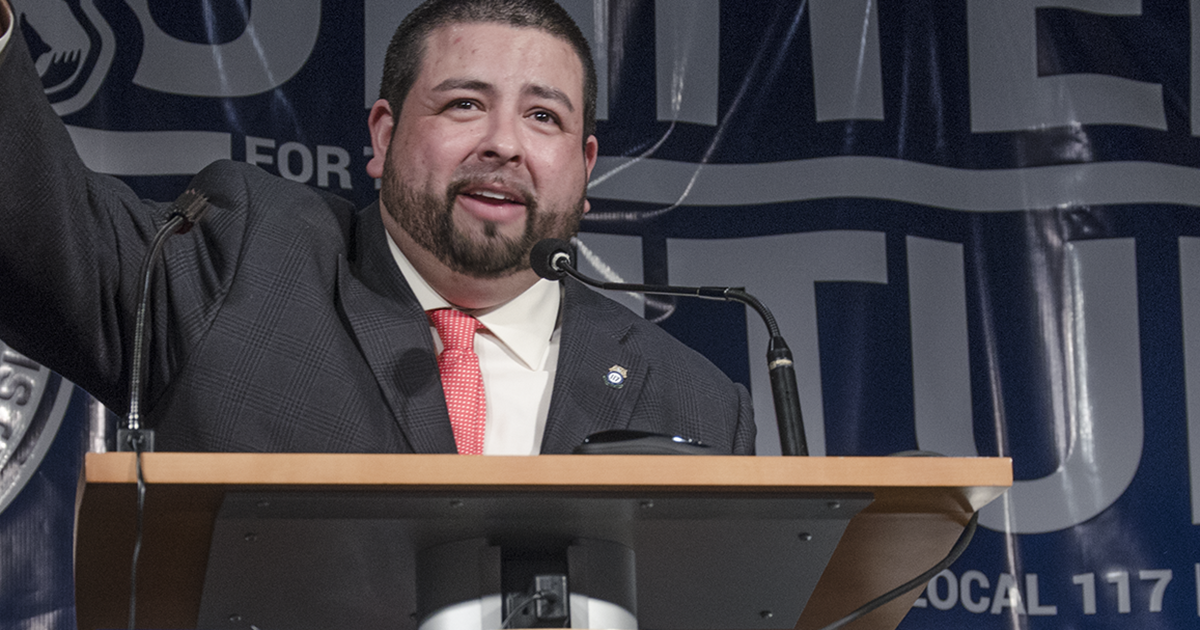 In January, I had the incredible honor of being sworn in as Secretary-Treasurer of Teamsters Local 117 to continue to serve the membership of our great Union for the next three years.

Running a Union of 17,000 members is a tremendous responsibility. As the leader of this Local Union, I know your livelihood and the welfare of your family is tied inextricably to your Union contract and to our ability to build unity and power in the workplace.

When I became Secretary-Treasurer in 2015, I made a commitment to build a strong foundation for the future and to always put members first.  That commitment has not changed, and I intend to continue to work tirelessly on your behalf.

Now that the first quarter of my elected term is behind us, I want to share with you some of the highlights and accomplishments of our collective work.

On February 13-14, we held our largest, most successful Lobby Day ever. More than 230 of our members and their families converged on the State Capitol in Olympia.

Thanks to the massive member participation at the event, both the state Senate and House included funding for our DOC contract in their 2017-2019 operating budget proposals. This means it is now more than likely that our DOC members will receive at least a 10.5% general wage increase over the coming biennium.

We’ve also successfully fought back legislative attacks on collective bargaining, workers’ comp, and on defined benefit pension plans. Our member-driven Political Advisory Committee convened in April to chart out a course for political endorsements this year.

You may be following in the news our groundbreaking work in Seattle’s for-hire industry. In December 2015, we helped pass a law that provides collective bargaining rights for Uber, Lyft and other for-hire drivers in Seattle. This January, the law took effect, and our Union successfully became a Qualified Driver Representative. This means we can begin organizing the thousands of drivers who are demanding better wages, working conditions, and a voice.

In other private sector organizing, a group of 14 dispatchers at Transdev voted to become Teamsters in February. They join 260 Transdev drivers who joined our Union in 2015.

At the DOC, we’ve organized six new groups since last December. Over 100 more DOC employees have become Teamsters. In the words of Chad Young, one of our new members at the Airway Heights Corrections Center:  “Gaining representation brings a lot of value. Now we have the backing of a whole organization rather than just being a lone voice.”

At King County, we wrapped up Total Comp negotiations late last year, and are now in the process of bargaining a Master Labor Agreement.

On March 11, we held our annual Shop Steward Seminar and Appreciation Day at the Washington State Convention Center in Seattle. More than 200 Shop Stewards attended the event for training opportunities and for recognition of their work as rank-and-file leaders. We held a separate training session for our DOC Stewards on March 10.

Since January, we’ve hired 7 new Union Representatives as well as our new Associate General Counsel, Marie Duarte. Our new staff has completed our intensive Teamsters 117 training program, followed up by a full week of additional training from the International Brotherhood of Teamsters. Our commitment to you is to provide strong, professional, representation. Having an excellent team of Representatives and exceptional legal counsel is critical to achieving that goal.

Through our Union’s strategic planning process, we’ve developed a powerful new mission statement for the organization.

OUR MISSION: We build unity and power for all working people to improve lives and lift up our communities. This is our Union.

We have also developed four strategic priorities that will guide our work moving forward. They are:

Members identified these priorities through our membership survey and our meetings with member leaders.

As you can see, we’ve been hard at work to build a stronger Union for all members of Teamsters 117. Thank you for everything that you do to make our Union one that builds unity and power for working families.

Sign in with or
Don't have an account? Click here to create one.
Please check your e-mail for a link to activate your account.
No recent activity
Local 117 ST John Scearcy recaps our Union's work over the last few months.
Secretary-Treasurer's Message: Quarterly Update
TEAMSTERS POWER